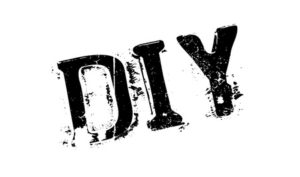 No. However, it’s easy to see why DIYers might think they would. The whole concept behind CoolSculpting started when Harvard scientists noted the effect eating popsicles had on some children’s cheeks. So, if eating popsicles had an effect on fat cells in cheeks, then surely applying that idea to other areas isn’t all that crazy. But there is more to freezing fat away… a lot more, so don’t go to bed with ice packs on your stomach tonight or buy a “CoolSculpting” device off Amazon or eBay.

CoolSculpting is a procedure that does freeze fat cells, but the device is designed to do so without harming other skin cells. First, a gel pad is applied to the treatment area, which protects your skin cells from freezing. The gel pad is like a protective layer, similar to wearing gloves in freezing winter temperatures. Exposed skin to freezing results in frostbite, and can result in the skin dying. You’ve probably heard of extreme cases in which people’s toes and fingers were amputated due to frostbite. Same concept applies here. The CoolSculpting device placed over the gel pad carefully lowers the temperature of fat tissues underneath the skin.

At-Home Attempts at “CoolSculpting” are Painful and Dangerous

The CoolSculpting device works with the system to regulate temperature throughout the entire procedure. In fact, fat cells are not really “frozen” as the “freeze fat away” slogan suggests, but merely taken down to 39 to 41 degrees, the point at which fat cells die. The CoolSculpting system does not reach a low enough temperature to harm your skin, but that cannot be guaranteed by using ice packs directly on your skin or non-FDA approved CoolSculpting knock-offs. Not only would attempting to do this at home hurt, but also, it’s dangerous. The harm that would be done to your external skin layer, nerves and muscle tissue trying to get fat cells to the temperature at which they are destroyed could be irreversible.

At-home CoolSculpting devices do not work, and should not be attempted, because there is skill and technique involved with performing the procedure. Monterey Laser & Skin Care professionals undergo hours of training, are licensed, and perform the procedure on clients multiple times a day. In-office CoolSculpting is performed under the supervision of a physician to ensure clients’ safety and satisfaction with end results. This is something you cannot be guaranteed when attempting to DIY CoolSculpting at home.

Last, but not least, CoolSculpting by Zeltiq is the ONLY FDA-approved technique for Cryolipolysis (the medical term for freezing and destroying fat cells). It is available for sale only to trained medical professionals for use in their offices or clinics. Any at-home “coolsculpting” device or system is not the same you’ll find in med spas like Fremont Laser & Skin Care. Using any of these non-Zeltiq devices will result in disappointment in results at best, and scarring, burns and blisters at worst.

Schedule a complimentary consultation with our trained and licensed CoolSculpting professionals. A 360-degree body assessment will be performed and we’ll discuss how we can achieve your goals safely and effectively.