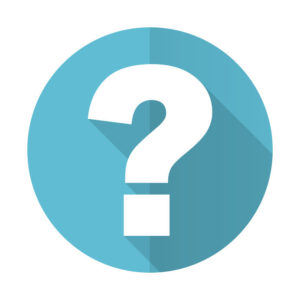 At first, CoolSculpting seemed too good to be true. After all, what could be easier than relaxing for an hour while stubborn areas of fat are being frozen off your body?

However, now that CoolSculpting has been proven to be not only the real deal, but revolutionary, new questions are cropping up. One of them is:  Are CoolSculpting results permanent?

The Short Answer is Yes…

And the long answer is still yes, but it comes with an explanation. CoolSculpting has been clinically proven to provide permanent results. Once your fat cells have been frozen during your treatment, they die and are removed forever through your body’s natural eradication process. Our bodies don’t produce new fat cells (thank goodness), so they do not re-appear.

This doesn’t mean you can eat pizza and cake every night after your CoolSculpting treatments are finished. If you aren’t mindful about maintaining your health through diet and exercise, the fat cells that weren’t frozen away with CoolSculpting can swell, giving you a heavier body shape. They can either store more energy (meaning, they get larger) or they can release energy (get smaller). Because of this, your weight may fluctuate after CoolSculpting but not due to new fat cells.

What Happens if I Gain Weight After My CoolSculpting Treatment?

This is where the permanence comes in. Even if you do gain weight, you’ll still be thinner than you would be without CoolSculpting.

If you gain weight, your remaining fat cells can stretch and make you appear heavier. However, you’ll have less fat in the area that was treated than you would if you’d never had it done. For the rest of your life, you’ll always have less fat in the area treated. In this way, it remains treated. And if you don’t gain weight at all, you’ll easily maintain your thin, sculpted look!

The bottom line is, don’t look at CoolSculpting as a means to be able to eat whatever you like and remain thin. Instead, get CoolSculpting and embark on a healthy lifestyle, exercise regularly, and eat nutritious foods in order to feel and look good long-term.

What About Repeated Treatments?

Even though CoolSculpting is highly effective, patients want to get rid of even more fat in the same area. This is perfectly safe, and always comes down to a matter of personal preference. Each CoolSculpting session can reduce the fat layer by 25%, which is enough for some patients. After your first treatment, you can return about two months later to compare before-and-after photos. If you’re happy with the result, you’re all done! However, if you’d like to look even more sculpted and have another 25% fat reduction, it’s safe to have the area re-CoolSculpted.

At Monterey Laser, we specialize in CoolSculpting treatments. Call us at (831) 869-8865 for a free consultation to get on the path to a newly-sculpted you.