Not Just for Celebrities…But They Love it! 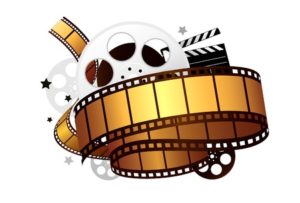 Lots of beauty fads come and go in Hollywood—and all across America, for that matter. Some of them work, some don’t, and some do just enough to kind of satisfy clients. Because there are so many trendy treatments, many people are understandingly skeptical about what works and what doesn’t. That also may be why so many thought CoolSculpting was too good to be true when it arrived on the scene several years ago.

However, CoolSculpting has proven itself to be one of the best and most effective treatments available. Clients love it, and with good reason: it’s fast, painless, incredibly effective and works great for areas of stubborn fat.

Clients everywhere have responded positively to CoolSculpting’s significant results for years, and it has taken Hollywood by storm. Here are several celebrities who hugely advocate CoolSculpting.

Jennifer Aniston – The former Friends superstar, who has gone on record saying how much she loves lasers and non-invasive treatments, has used CoolSculpting to target her trouble areas. This makes sense, since CoolSculpting does not use any blades or needles.

Molly Sims – When model-turned-actress Molly Sims was having trouble losing fat around her stomach after her pregnancies, she turned to CoolSculpting—and she loved it so much that she’s now the official spokesperson for the CoolSculpting brand. “There’s no downtime,” she says. “It’s perfect for busy moms.”

Khloé Kardashian – Famous Kardashian sister Khloé chose CoolSculpting to improve stretch marks on her derrière. Along with this beauty treatment, Khloé praises diet improvement and exercise for her transformation.

Debra Messing – Like Molly Sims, Debra Messing is also a spokesperson for CoolSculpting. “The thing that I love about it is that it’s completely non-invasive. I was able to literally just walk in, sit in a chair, they put the machine on me and I did my work on my phone. Thirty-five minutes later, you’re done!” she says.

Mariah Carey -Fans were astonished a couple years ago when Mariah Carey revealed a new, slimmed-down look. Appearing to have lost around 45 pounds, sources close to Mariah have attributed her new shape in part to CoolSculpting.

Ali Landry – “I always had to wear Spanx to suck my belly in,” explains former beauty queen and model Ali Landry.  But when she underwent a CoolSculpting treatment, she revealed that she could see a difference instantly. “I can see my waist again!” she happily reported.

Lindsay Lohan – Documented on YouTube, superstar Lindsay Lohan raved about her CoolSculpting results. “My love of all things cryo just went up a notch!” she said. Lindsay loved the difference in her body so much that she returned later for a second CoolSculpting session.

Danny Holbus, founder of DMH Aesthetics in Los Angeles says, “We have two CoolSculpting machines, and they never stop.” And it’s not just stars who count on CoolSculpting to keep their bodies beautiful. Clients of all kinds, all over the world are in love with this incredibly effective beauty treatment—and when there’s something so quick, easy, and powerful to help individuals feel better about themselves, what’s not to love?

If you’re interested in getting rid of troublesome problem areas like these famous ladies and you’re considering CoolSculpting, please don’t hesitate to contact us with questions or to schedule an appointment at Monterey Laser & Skin Care!