CoolSculpting: Fantastic Results for Men, Too 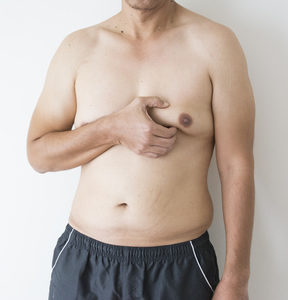 By now, everyone knows that CoolSculpting is one of the top fat-busting procedures out there. It’s quick, easy, painless, and requires no downtime. Best of all, the results are incredible. With ambassadors like Debra Messing and Molly Sims, as well as superfans like Lindsay Lohan and Jennifer Aniston, CoolSculpting is a revolutionary non-invasive method of weight loss that has claimed its place in the world of aesthetic treatments.

But what you may not know is that CoolSculpting is also highly popular for men as well as women. It should come as no surprise, since CoolSculpting has so many benefits and yields such impressive results. After all, men don’t want those love handles, man boobs, and unsightly bulges. In fact, Bloomberg included CoolSculpting as one of their “Eight Best Cosmetic Procedures for Men That You Can Get During Lunch” in 2015.

Just like women, men appreciate the fact that CoolSculpting sessions won’t keep them from work. After each treatment, anyone can resume work immediately. In fact, the sessions usually only take about half an hour, the same amount as most lunch breaks. Painless, convenient, badda bing badda boom.

Also, men (like most women) aren’t the biggest fans of dieting and taking supplements. With CoolSculpting, although eating well is important, you aren’t expected to stick to strict diets. Men love the fact that CoolSculpting offers the ability to define musculature for a more “chiseled” look, and it tends to be able to finally take care of those trouble spots that just won’t go away, no matter how much diet and exercise is put in.

The most common areas that men target with CoolSculpting are the belly, love handles, and moobs (man breasts). These areas can be treated more than once, and they have great results with CoolSculpting treatments. Once the results settle, a leaner, healthier physique is apparent.

It depends on each individual’s specific goals and health, but some men have gotten their desired results in just one trip. Be sure to ask us about how many sessions you may need based on your personal goals.

More and more men are finding themselves in med spas, like Monterey Laser & Skin Care to improve their appearance through technology. The result is a newer, slimmer you that doesn’t jolt people with a drastic change. With CoolSculpting, no one will know you’ve had cosmetic work done unless you tell them. If you’re considering CoolSculpting—male or female—please don’t hesitate to contact us to learn more about this amazing treatment.

How Much Weight Will I Lose After CoolSculpting?

The idea that CoolSculpting results in weight loss is a common misperception. After all, if you’re freezing fat away, then surely, you’ll shed a few pounds in the process, right? Wrong.

Destroying fat cells via CoolSculpting is not the same thing as losing weight. By the time you are a teenager, you have the set number of fat cells that you’re going to have in life. Whether you weigh 120 lbs. or 220 lbs., the number of fat cells in your body is the same. As you gain weight (eating more calories than your body uses for energy), your fat cells enlarge. As you lose weight (burning more calories for energy than your body stores in fat cells), they shrink. This is why the key to losing weight is to consume less calories than you burn to lose fat that is stored in fat cells.

Some Fat Cells are Stubborn

Some fat cells are stubborn and frustrating since many of the CoolSculpting clients we see exercise regularly and watch their diets. Despite that, some areas simply don’t respond, and never will. We’re talking about you lower stomach area and flanks (love handles). CoolSculpting is not meant to be a weight loss procedure, but rather a body contouring one.

CoolSculpting freezes fat cells so that they die off and are naturally eliminated by your body. With those fat cells gone, they cannot store fat anymore. And even better, they can’t return. Fat cells weigh barely anything, so when they’re eliminated, you won’t see a difference on the scale. Where you do notice the difference is in your clothes and the shape of your body.

That’s why CoolSculpting works best on people who are close to their weight loss goal, or have achieved their goal, yet have specific areas that simply aren’t and won’t respond to diet and exercise. The number of CoolSculpting treatments it takes to get to your desired shape depends on how many inches you want to lose from an area. The number ranges from one to multiple treatments, with each resulting in a 20-25 percent decrease in the number of fat cells in the treated area.

Diet and Exercise Cannot Be Ignored After CoolSculpting Results

Up to 12 weeks post CoolSculpting procedure, your body is eliminating fat cells. To maintain results, diet and exercise are still necessary. Otherwise, your body will store fat in the fat cells that remain.

Don’t be fooled by the number on the scale. Even though you may weigh the same or more than when you started on your journey to be fit, weight is just a number. Muscle weighs more than fat, so it’s possible to be leaner and weigh more.

Schedule a complimentary consultation with our trained and licensed CoolSculpting professionals who will perform a 360-degree body assessment and discuss how we can achieve your body contouring goals safely and effectively.